Receive a $300-$500 credit when you choose to display our logo on your film creation.

"Film making is Art. Art is never based on a simple question, but it has the power to make us reflect on several important issues.”  ~Duda Penteado

LET'S HAVE A CONVERSATION ABOUT YOUR PROJECT

WE ARE HERE TO MAKE A DIFFERENCE

Duda Penteado is a visual artist, multi-award winning filmmaker, educator and cultural visionary, who has lived between the United States and Brazil for more than 20 years. His multidisciplinary practice is based on performances, videos, installations, murals, sculptures, paintings and other visual artistic manifestations. Duda has dedicated much of his work to important social issues related to racial injustice, cultural identity, globalization, and other geopolitical and social phenomena of the 21st century. He has had many exhibitions at galleries, cultural institutions and museums throughout the United States and Brazil, as well as Europe.


Duda's work cannot be relegated to solely a movement or a particular country. It is clearly the art of a global thinker. What you will experience as you get to know more of Duda and his artwork, is the art of an intellectual, a visual pedagogy of the highest order, attempting to steer the culture with his art by setting the stage for communities to engage in local and international dialogue on essential human concerns.


As co-founder of Unshakeable Productions, Duda Penteado brings his unique contribution and vision to the company. Coming from a fine art background, his approach to film encompasses a profound creative process of the moving image.

"Film is about movement, and the movement of life captured on camera can touch many lives.” 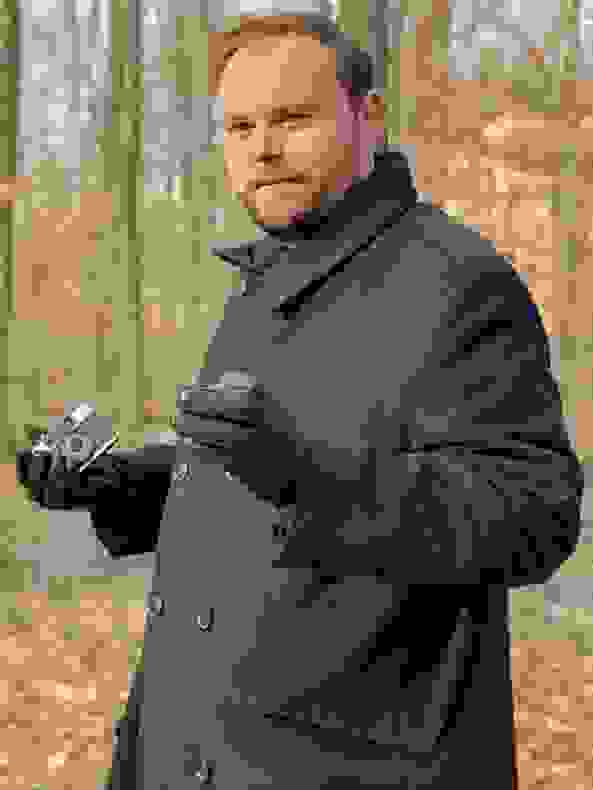 Over the years Joey has produced a variety of work as editor, technician and director and is highly sought after for his expertise in location and post-production sound for film and video. Joey holds a BA in Media Arts from New Jersey City University and later returned to his University as an Audio Professor to teach Multi-Track Recording. Joey has a long running relationship with Narrow Bridge Films working on several award-winning shorts and features. In 2018 he worked as Lead Editor for UNSHAKEABLE PRODUCTIONS feature length documentary "How Many Lives", winning the Spirit of New Jersey award at the Golden Door International Film Festival. Joey’s deep understanding of all thing’s audio coupled with strong technical knowledge foster his commitment to expand his role here at UNSHAKEABLE PRODUCTIONS, while still managing a solid source of camera work, editing and sound effects.

THERE IS POWER IN THE HUMAN SPIRIT

Filled with excitement and creativity Steven began his film journey as a content creator on YouTube. While he was working as a camera operator on a several different projects and enhanced his skills as an assistant photographer. As a part of UNSHAKEABLE PRODUCTIONS, Steven is a talented videographer bringing tireless enthusiasm to everything he does combining social and digital media esthetics into his cutting-edge work.

Imagination is one of the most powerful filters used by the enigma known as perception. 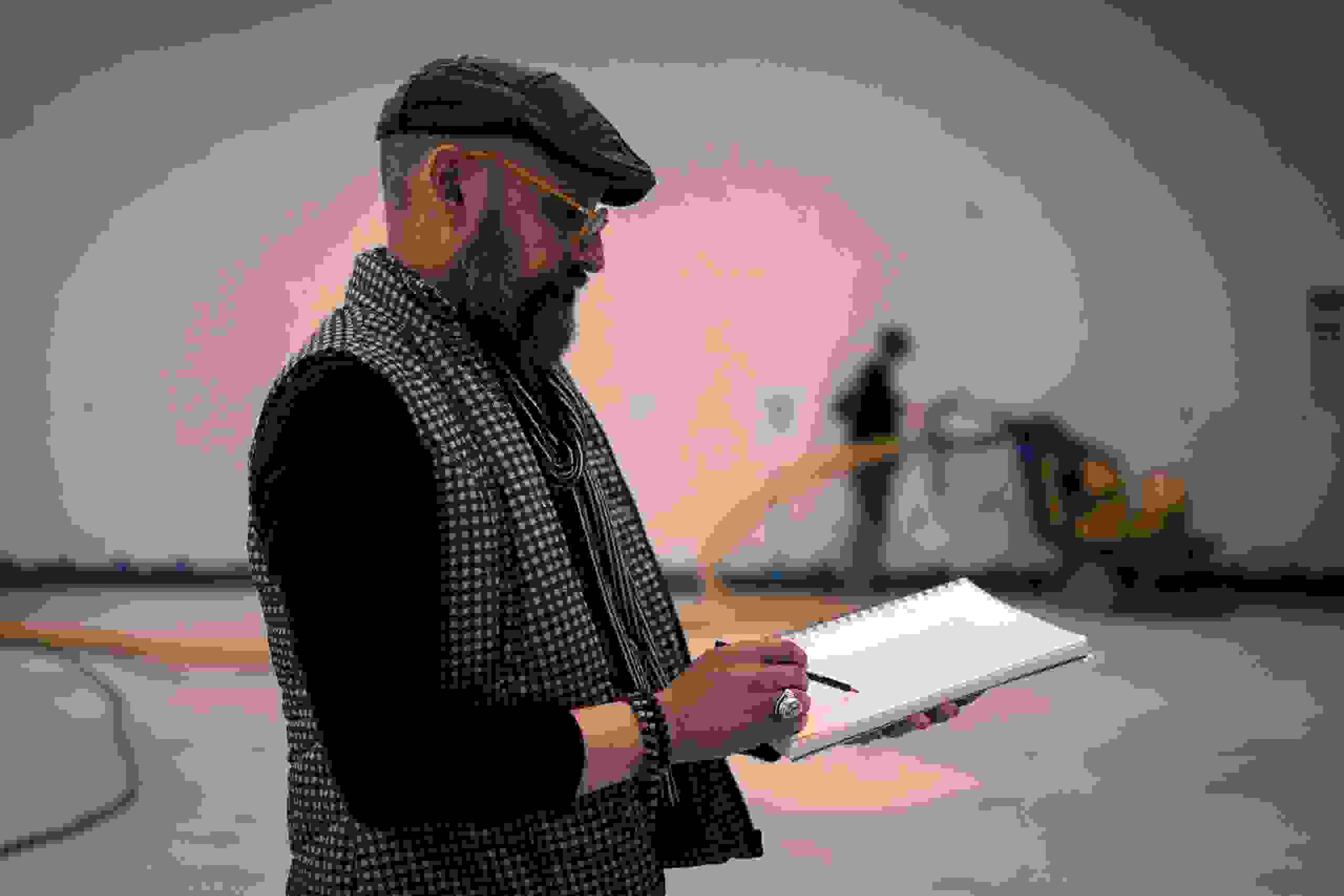 WE AIM FOR EXCELLENCE

Sam is a fine artist, interior and stage designer and owner of Cintron Vidal Design Group LLC, an interior design company that combines different artistic languages; architecture, design and artistic elements into the creative process. In the past 20 years, Sam has developed several projects in the area of: stage design, art installations and theatrical productions, throughout several universities and cultural institutions in US, Brazil and Puerto Rico. Today at UNSHAKEABLE PRODUCTIONS Sam works directly with film director and fine artist Duda Penteado on special projects as an art director creating reenactment and custom-made scenes.

Sam is also musician, composer and prolific singer-songwriter born in the United States.

During his childhood he lived on the mission field in Guatemala, Central America for several years, making art, writing songs and performing as part of The Cintrons, musical band. Sam has written over 100 songs in English and Spanish. One of these songs, Alguien Me Toca, sold over a hundred thousand copies in a compilation, and Somos Hermanos was performed at Amor Arezcate a collaboration of Hispanic Gospel recording artists known throughout Latin America, including Bobby Cruz, Roberto Orellana, The Cintrons, Rene Gonzalez, and Marcos Vidal among many others. 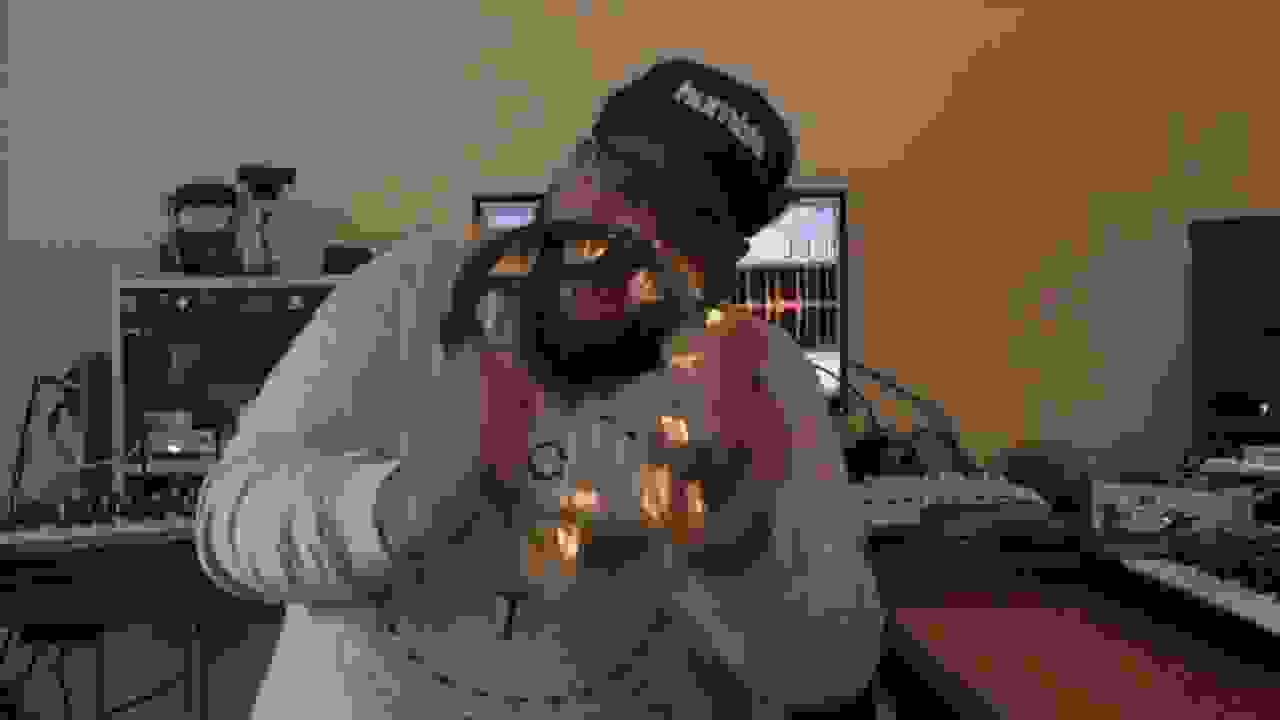 WE GO ALL OUT ON EVERYTHING WE DO

Daniel Steele is a producer, artist and musician.  As a professional drummer and multi-instrumentalist, creating new sounds id Daniel’s bread and butter.  Progressive sampling and synthesis techniques are his primary tools of choice, and throughout his professional career Daniel has worked with many musicians and bands including Lecrae, Micah Bournes, Jackie Hill-Perry, Kings Kaleidoscope, Andy Mineo, Eshon Burgandy, J Givens, to name a few.  In 2018 he designed the original soundtrack for UNSHAKEABLE PRODUCTIONS feature length documentary “How Many Lives,” winning the Spirit of New Jersey Award at the Golden Door International Film Festival.  Today at UNSHAKEABLE PRODUCTIONS Daniel works as a producer, artist and musician.

"Design your own sound, create your own vibe, be progressive, be you." 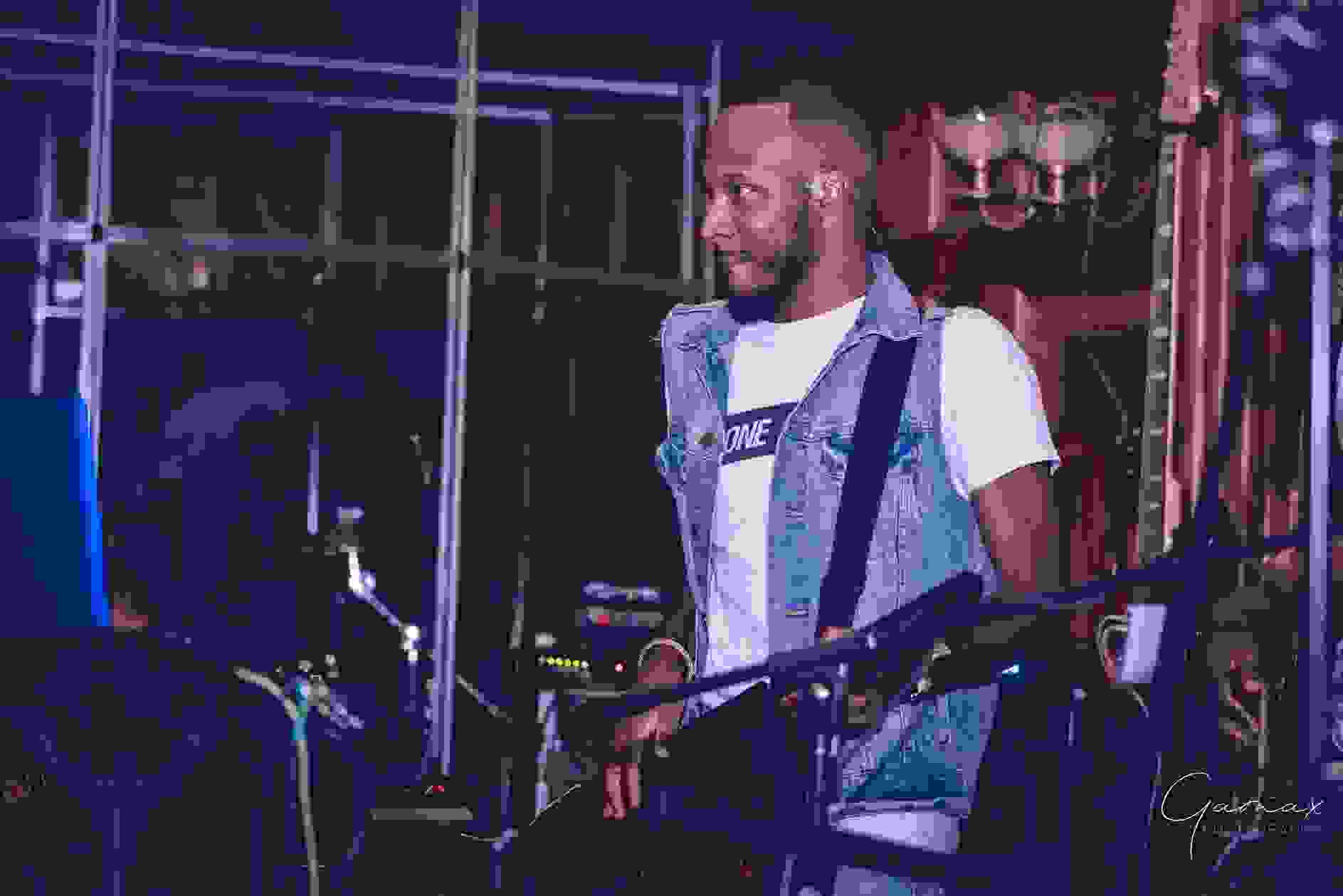 Farrel is an accomplished Pianist and Producer working in the industry for over 15 years.  Farrel has gained valuable insights from his work with Stevie Wonder to Adam Blackstone and Snarky Puppy. Farrel’s appreciation for other art forms has led him to work with Marvel Comics, gospel recording artist Nancy Jackson and the Love Fellowship Community Choir. In addition to working with artists and bands, Farrel has worked with Universities including Seton Hall, Rutgers and Kean and is currently working on composing, producing for artists and playing at venues throughout New Jersey, New York and Philadelphia.  Today Farrel is both a pianist and producer for UNSHAKEABLE PRODUCTIONS adding visceral impact to our winning team.

Preserving a wellspring of memorable moments in the making.

Capturing one moment at a time to reawaken it later. 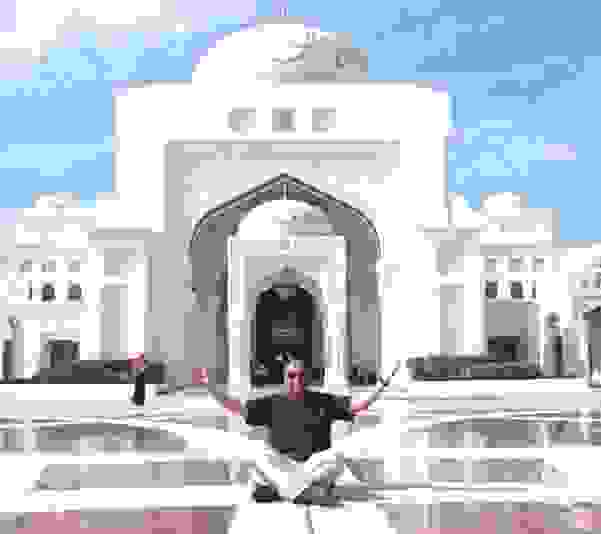 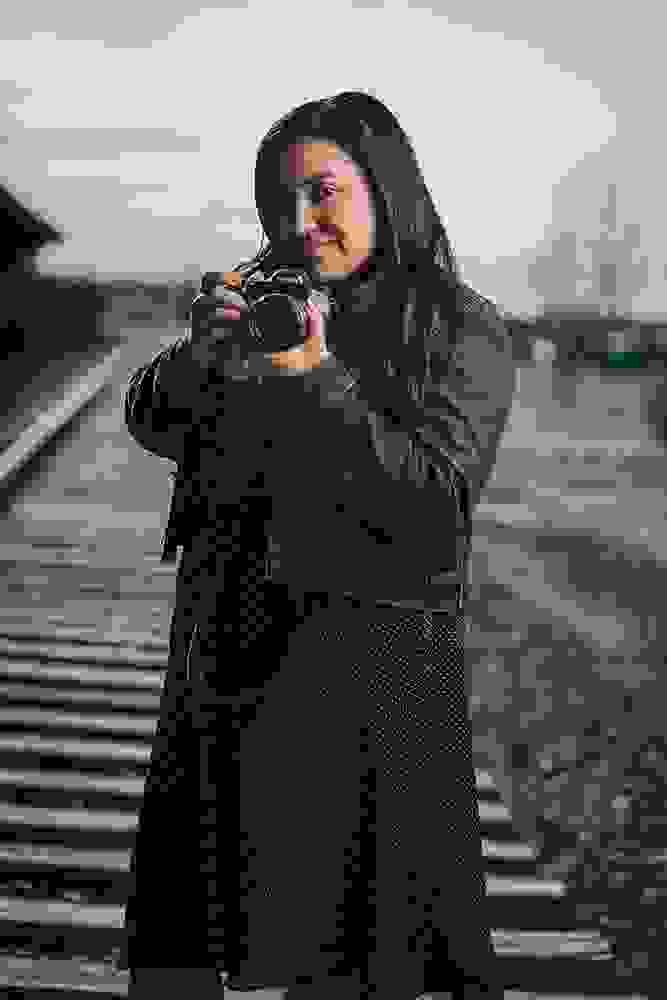 WE ARE HERE FOR YOU

Driven by curiosity for people and surroundings Linda’s passion for capturing life's moments as a photographer blossomed. Linda has studied with famed photographer Craig Wallace Dale – Beyond the Photograph and has worked with fashion labels including Ralph Lauren, Calvin Klein, Betsey Johnson and Puma to name a few. As an education advocate, Linda volunteered in schools and shelters to educate children in photography with the purpose of promoting self-esteem and giving hope to those whose upbringing paralleled her own. Linda shares her cosmopolitan view through her adventurous journey in photography capturing precious moments in time, sharing perspectives of many people and telling stories through the art of photography. Today Linda is an Associate Senior Photographer at UNSHAKEABLE PRODUCTIONS who works directly with clients developing special projects according to their specific needs.

" I do this because I love, love... love making people happy. Capturing them at their happiest and creating a long time memory-  it is profound, it is priceless."  ~ Linda Pedroso 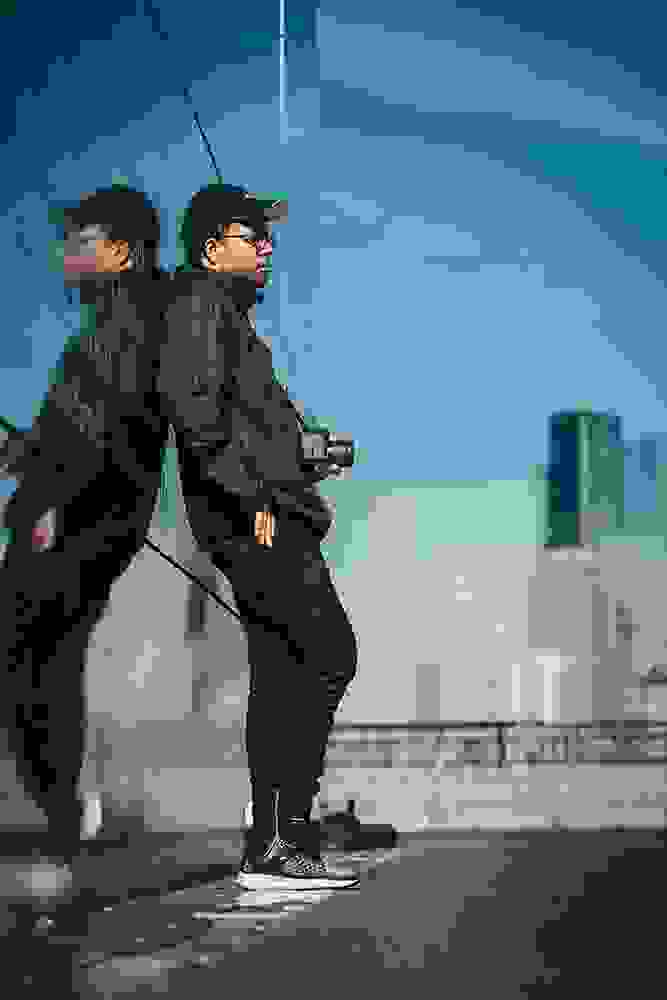 Ever since his youth, Josue has always been invested in the arts. Later during his high school years, his passion has quickly become a love affair with films and materialized into several projects where he shot and edited footage for athletic and school events as a videographer and photographer. He continued to pursue his passions at Rowen University majoring in radio, television and film; working on film sets and in live production studios, both behind and in front of the camera.  Today at UNSHAKEABLE PRODUCTIONS Josue works as a photographer, video cameraman and assistant editor.

"A good photographer can take alot of decent pictures, but  a great photographer knows which ones are worth showing. "

As Co-Founder and Marketing Strategist at Unshakeable Productions, Issa Musharbash is the game changer. He brings his savvy business and marketing approach to film to ensure the creativity dispensed into our masterpiece films get before the target audiences. Issa Musharbash is a proven entrepreneur with extensive experience in building profitable companies from the ground up. He is a powerful leader in his community and an avid advocate for empowerment and change. Issa works closely with our Film Director and is generally involved in a project before production and after completion. His work is critical for expansion and reach of the meaningful and earth shattering projects done at Unshakeable Productions.

Giselle is a COO and partner in the Unshakeable Productions team. She brings a broad-spectrum of life experiences, oversees the day to day administrative functions of the business, and supervises all budgetary aspects of film productions. Her strong interpersonal skills and innate ability to relate to diverse personalities makes her a great addition to the team.  She always ensures that teams are exceeding their goals and providing excellent customer service.